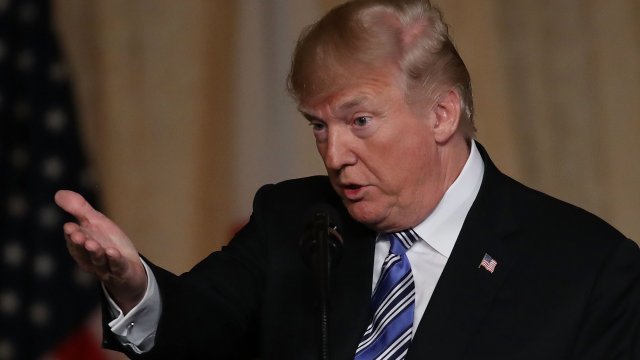 Right now, North Korean leader Kim Jong-un's regime is holding at least three American citizens captive. Ahead of his meeting with Kim, President Trump said the U.S. is in talks to free those three people.

Trump said, "We are likewise fighting very diligently to get the three American citizens back. I think there's a good chance of doing it; we're having very good dialogue."

One of the captives, Kim Dong-chul, was arrested in 2015 and charged with spying. The other two, Tony Kim and Kim Hak-song, were seized in 2017 and accused of "hostile acts." 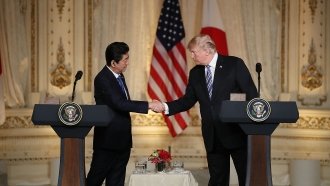 Trump: Japan Not Exempted From Steel, Aluminum Tariffs At This Time

The last American captive North Korea returned to the U.S., student Otto Warmbier, was medically evacuated from the country and died shortly after returning. That prompted Trump to chastise the North during his State of the Union.

"We need only look into the depraved character of the North Korean regime to understand the nature of the nuclear threat it could pose," Trump said.

Relations between the two countries are slightly warmer now. But Trump also said he's willing to walk away from the negotiating table if he doesn't see "fruitful" progress from North Korea.