Trump Says US Pays N. Korea 'Extortion Money' — What Does That Mean? 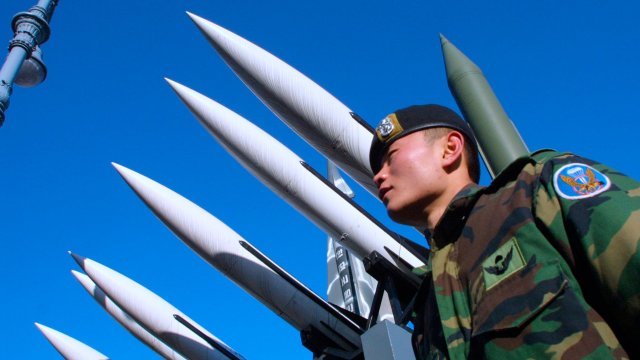 SMS
Trump Says US Pays N. Korea 'Extortion Money' — What Does That Mean?

By Gabrielle Ware
August 30, 2017
He may be referring to financial aid the U.S. provided during the Clinton and Bush administrations.
SHOW TRANSCRIPT

Following North Korea's latest missile launch, President Donald Trump tweeted early Wednesday that "the U.S. has been talking to North Korea, and paying them extortion money, for 25 years. Talking is not the answer!"

Secretary of Defense Jim Mattis later walked back Trump's comment, telling reporters: "We are never out of diplomatic solutions."

The message made it clear that Trump isn't planning to rely on diplomacy when it comes to North Korea. Less immediately obvious was Trump's statement about "extortion money." Here's some background. 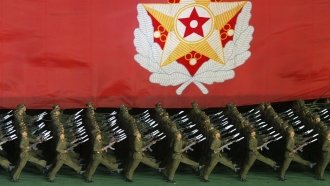 But the country's nuclear program wasn't as stable during the Clinton and Bush administrations. Back then, the U.S. tried to intervene with diplomatic deals offering financial assistance if North Korea suspended its nuclear program. A government report says the U.S gave North Korea more than $1.3 billion in assistance. Obviously, that didn't end the country's nuclear ambitions.

During the Obama administration, officials considered resuming some form of aid if North Korea agreed to dismantle its program, but ultimately decided against it.

There's been virtually no U.S. aid given to North Korea since around 2009.

North Korean media says the country's latest missile launch is just a prelude to an attack on the U.S. territory of Guam.