Trump Says The US Has 'Already Lost The Trade War' 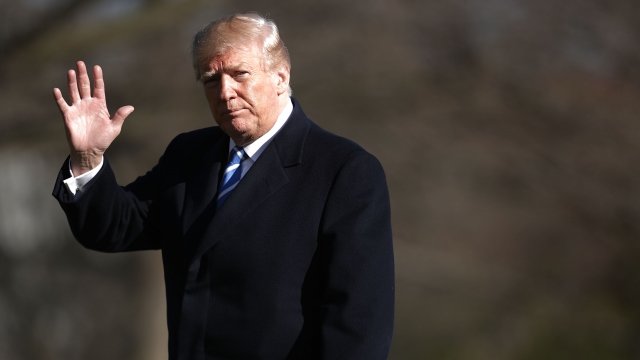 SMS
Trump Says The US Has 'Already Lost The Trade War'
By Briana Koeneman
By Briana Koeneman
April 6, 2018
When asked about the tariff tensions currently brewing with China, the president said the U.S. has already lost that battle.
SHOW TRANSCRIPT

President Donald Trump had a radio interview with WABC Friday morning, and he doubled down on what he's recently said about tariffs and China.

When asked about the tensions over trade currently brewing with China, Trump said the U.S. had already lost.

"We've lost the trade war because for many years, whether it's Clinton or the Bushes, Obama, all of our presidents before, for some reason it just got worse and worse," Trump said.

And he defended his proposed tariffs on billions of dollars worth of Chinese imports, despite concerns over how those levies could affect the stock market. He said the market would eventually bounce back.

Trump's comments came just days after he insisted on Twitter that the U.S. and China are not in a trade war because he said that was "lost many years ago by the foolish, or incompetent, people who represented the U.S." He retweeted that same post not long after the interview aired.