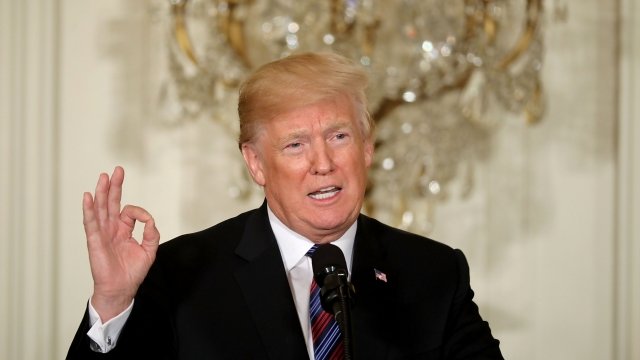 SMS
Trump Taps Military To Patrol US-Mexico Border Until The Wall Is Built
By Matt Picht
By Matt Picht
April 3, 2018
President Trump says he's planning to use the military to shore up security at the U.S.-Mexico border.
SHOW TRANSCRIPT

Trump said, "Until we can have a wall and proper security, we're going to be guarding our border with the military."

Trump's statement comes after he spent days bashing the state of U.S. immigration laws on Twitter. The administration's plans to shore up security by building border walls have been stymied so far by anemic funding from Congress.

In general, the U.S. military isn't allowed to do civilian law enforcement's job for it. But those restrictions don't apply to the National Guard. 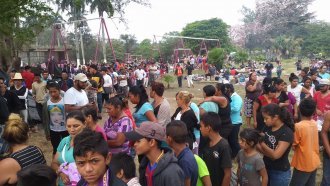 Trump has increasingly talked about border security as a national defense issue — he reportedly recently floated using the Pentagon's budget to fund the wall. That's generally viewed as a non-starter.

When talking about the border, Trump also complimented Mexico for its "very strong" immigration laws. The country recently interceded and processed a so-called caravan of recent Central American migrants heading toward the U.S.-Mexico border.

Trump told reporters: "I said, 'I hope you're going to tell that caravan not to get up to the border,' and I think they're doing that because as of 12 minutes ago, it was all being broken up. We'll see what happens."