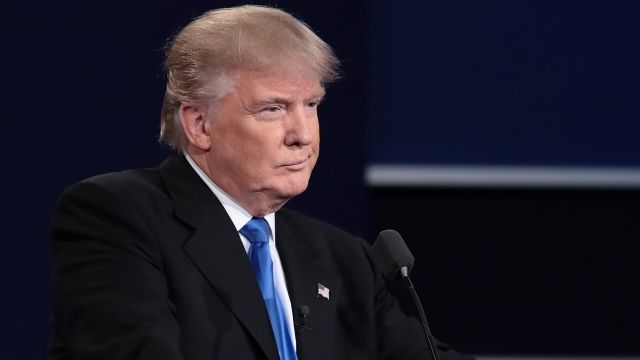 SMS
Trump Says There's A Surge In Violent Crime. Here Are The Numbers.
By Zach Toombs
By Zach Toombs
October 9, 2016
Yes, major cities saw more homicides in 2015 than the year before. But context is important.
SHOW TRANSCRIPT

"You look at Charlotte," Donald Trump said at Sunday's debate. "You look at Baltimore. You look at the violence that's taking place in the inner cities, Chicago. You take a look at Washington, D.C. We had a increase in murder within our cities, the biggest in 45 years."