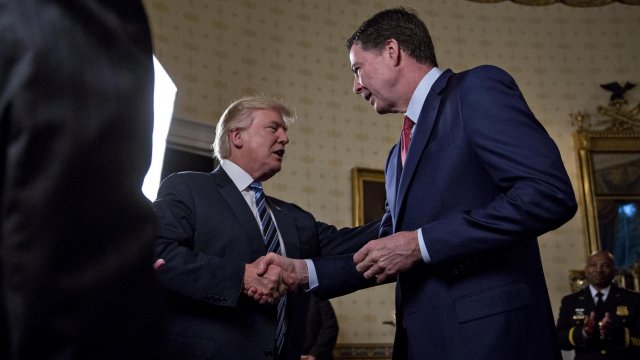 In an interview on Fox News, President Donald Trump said his story didn't change in regards to the possibility of recorded conversations with former FBI Director James Comey.

The day before, Trump tweeted that he never actually recorded his conversations.

Let's back up: Trump fired Comey on May 9. Shortly after, The New York Times reported details of a private dinner between the two men.

After the report, Trump tweeted that Comey had "better hope that there are no tapes" before he "starts leaking to the press." 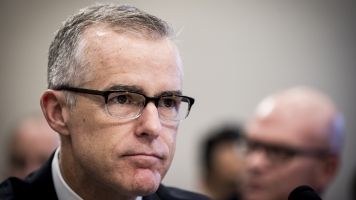 Now, Trump's suggesting there was a strategy behind the mention of "tapes" — to keep Comey honest.

Over the course of several months, and prior to his Senate hearing, Comey privately told Trump he wasn't being investigated in the ongoing Russia probe — something Comey was reluctant to say publicly.

Comey confirmed those conversations one day before his Senate hearing when he released his opening statement. After that statement was published, Trump's personal lawyer said the president felt "completely and totally vindicated."