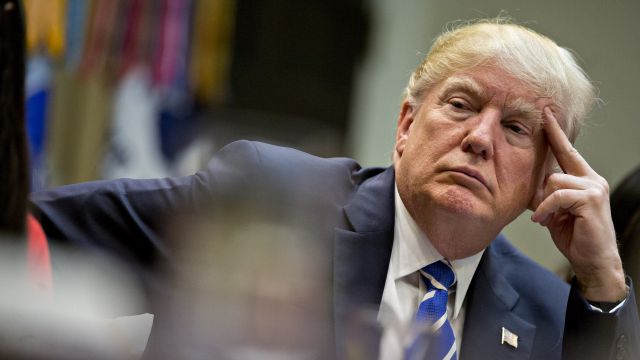 "What happened in Syria is a disgrace to humanity. And he's there, and I guess he's running things. So something should happen," President Donald Trump said.

OK, so it's not quite a "date which will live in infamy" speech. But Trump is still signaling that a major chemical weapons attack in Syria could be grounds for regime change in the country.

The U.S. says the attack, which killed more than 70 people, is the work of Syrian President Bashar al-Assad. Administration officials are now calling for the international community to hold Assad responsible. 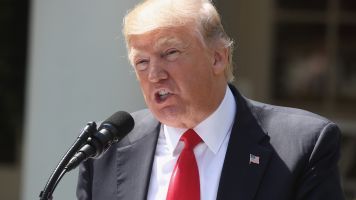 "The process by which Assad would leave is something that would require an international community effort," Secretary of State Rex Tillerson said.

Tillerson told reporters Assad should have no role in governing Syria. Before the attack, Tillerson walked back talk of ousting Assad.

Defense Secretary Jim Mattis, meanwhile, will reportedly present Trump with options for a military strike in the country.

Trump was a stern critic of previous U.S. interventions in the Middle East on the campaign trail. But he also recently said the use of chemical weapons "crossed a lot of lines" for him.