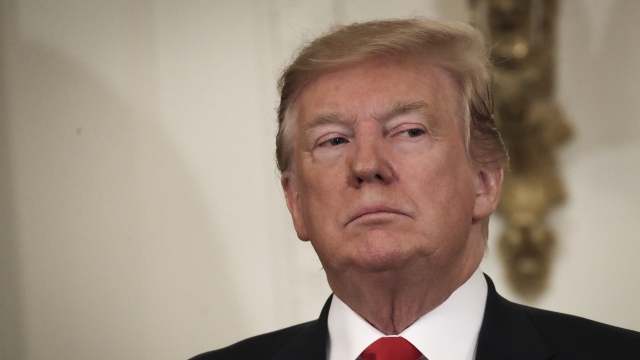 The Washington Post reported Thursday that North Korean officials handed a U.S. envoy a $2 million hospital bill prior to Warmbier's release, with the envoy agreeing to pay the money under the instruction of President Trump and then-Secretary of State Rex Tillerson. The bill was then sent to the Treasury Department, where it remained unpaid through 2017, but was unclear if the bill was paid later on.

President Trump took to Twitter Friday to deny the report, saying that "no money was paid to North Korea for Otto Warmbier. This is not the Obama Administration that paid 1.8 Billion Dollars for four hostages, or gave five [terrorist] hostages plus, who soon went back to battle, for traitor Sgt. Bergdahl!"

The president's first claim about the Obama administration refers to a 2016 settlement between the U.S. and Iran. The U.S. was paying back money Iran gave them for fighter jets that were never delivered due to the two countries severing diplomatic ties during the Iranian Revolution. On the same day then-President Obama announced the payment, four American detainees were released from Iran, but State Department officials have insisted that the two were not connected.

The second claim deals with Sgt. Bowe Bergdahl, who, in 2009, abandoned his post in Afghanistan and spent the next five years held captive by the Taliban. He was released in 2014 as part of a prisoner exchange for five Guantanamo Bay prisoners.

President Trump reiterated his point to reporters outside the White House later in the day, saying, "We did not pay money for our great Otto."

While touring North Korea in 2016, Warmbier was arrested for trying to steal a propaganda sign and sentenced to 15 years of hard labor. He was returned to the U.S. 17 months later in a coma, and doctors found he had suffered major brain damage. He died a few days later.

President Trump said he didn't think North Korean leader Kim Jong-un had anything to do with Warmbier's death, but Warmbier's parents didn't buy that, saying "Kim and his evil regime are responsible for the death of our son."