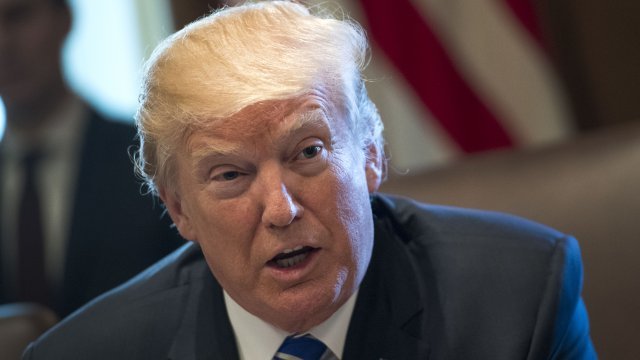 Trump tweeted Sunday: “Wow, we haven't given up anything & they have agreed to denuclearization (so great for World), site closure, & no more testing!" But it seems North Korea only agreed to the last two things.

Trump and North Korean leader Kim Jong-un have agreed to meet in coming months, and Kim said over the weekend he'd suspend nuclear and ballistic missile testing and shut down a nuclear test site.

But Kim didn't promise to abandon his nuclear arsenal. He's said he's willing to discuss denuclearization, but he hasn't made promises to do so.