Trump Claims Michael Cohen Might Have Broken The Law 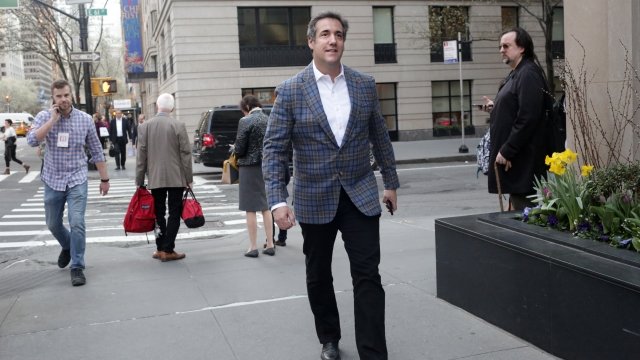 SMS
Trump Claims Michael Cohen Might Have Broken The Law
By Jake Jones
By Jake Jones
July 21, 2018
Several outlets have reported Cohen recorded a conversation he had with Donald Trump.
SHOW TRANSCRIPT

President Donald Trump suggested his former lawyer Michael Cohen broke the law when he reportedly recorded a conversation the two had about a payment to cover up an alleged affair Trump had with a former Playboy model.

Trump wrote on Twitter: "Inconceivable that the government would break into a lawyer's office (early in the morning) - almost unheard of. Even more inconceivable that a lawyer would tape a client - totally unheard of & perhaps illegal."

But if the conversation were recorded in New York, it would probably be legal for Cohen to record it. Cohen's office, which FBI agents raided in April and where the tape reportedly came from, is in New York. The state has what's called a "one-party consent" law, which means only one person in a conversation has to know about and consent to being recorded.

It's unclear whether attorney-client privilege would cover such a tape. The special master in the case against Cohen allowed only a portion of the documents seized to be withheld from investigators under that privilege.