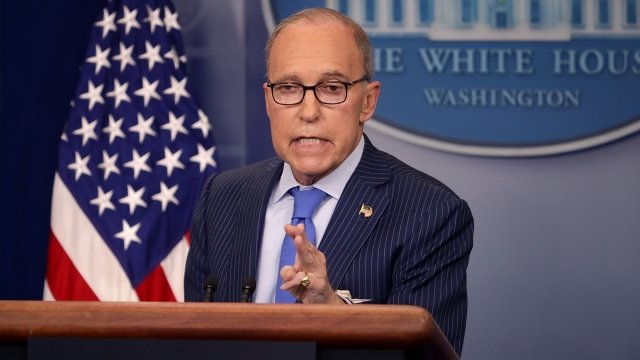 National Economic Council Director Larry Kudlow has had a heart attack, according to a tweet by President Donald Trump.

Trump tweeted just after 8:30 Eastern Time on Monday: "Our Great Larry Kudlow, who has been working so hard on trade and the economy, has just suffered a heart attack. He is now in Walter Reed Medical Center."

Kudlow is also known by many as the former host of "The Kudlow Report," a business and politics show on CNBC. Kudlow worked for CNBC for over 25 years.

Kudlow's wife reportedly told the Washington Post that he is doing fine.