Trump Says 'Islam Hates Us,' But America Split On A Muslim Migrant Ban 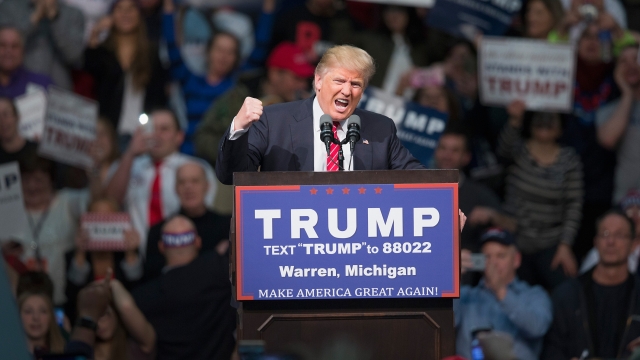 The Republican front-runner told CNN on Wednesday, "We can't be letting people come into this country that have this hatred of the United States."

Did you hear what Donald Trump said on CNN Wednesday?

"I think Islam hates us. ... We have to be very careful. We can't be letting people come into this country that have this hatred of the United States," he said.

After the Paris attacks and San Bernardino shooting, the Republican front-runner proposed banning Muslims from traveling or immigrating to the U.S.

A Rasmussen poll around that time found 46 percent of Americans agreed with Trump on a temporary ban. Forty percent disagreed, and 14 percent were undecided.

This video includes clips from CNN, Donald J. Trump for President Inc., Bernie 2016, and Hillary for America and images from Getty Images.