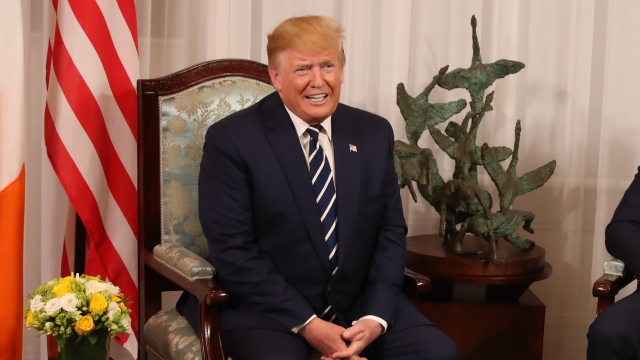 The president didn't provide any specifics beyond saying, "they will be removed as fast as they come in."

President Donald Trump tweeted Monday that Immigration and Customs Enforcement will begin removing millions of immigrants who are in the U.S. illegally next week.

The president didn't provide any further specifics beyond saying, "They will be removed as fast as they come in."

Unnamed ICE officials told The Washington Post that they had not known ahead of time that President Trump was going to share their enforcement plans on social media. The agency usually keeps such operations a secret until they're underway in an attempt to avoid tipping off potential targets.

But a Trump administration official gave more details of the operation to the Associated Press, saying ICE agents plan to focus on migrants who are still in the U.S. despite having already been issued final deportation orders by a judge.

The president praised Mexico for the work it's done and added in a subsequent tweet that Guatemala is "getting ready" to sign a "safe third country" agreement with the U.S. Under such an agreement, Central American migrants journeying through Guatemala en route to the U.S. would be forced to apply for asylum in Guatemala instead.

As of Tuesday morning, Guatemalan officials had not commented on President Trump's statement. Earlier in the day, the Trump administration announced it will not give any new aid money to Guatemala, Honduras and El Salvador until those countries start doing more to cut down on the number of migrants heading to the U.S.