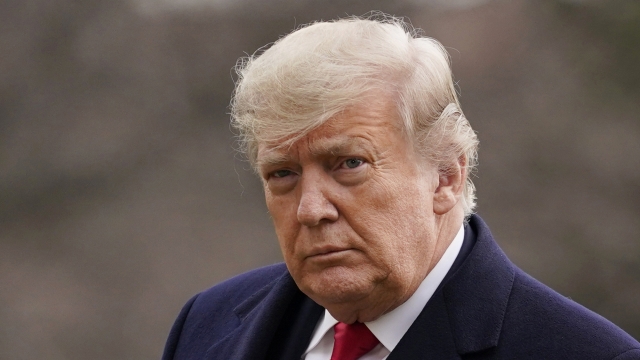 SMS
Trump Attorneys Argue House Jan. 6 Panel Could Damage U.S. Presidency
By Kamil Zawadzki
By Kamil Zawadzki
November 25, 2021
The investigative committee is seeking documents from the former president — something he says should be kept under executive privilege.

In a court filing, Trump's lawyers accuse the lawmakers on the panel of having "clear disdain for Trump."

The panel is attempting to get its hands on documents and communications surround Trump's actions on and leading up to January 6. Trump says those documents should be kept under executive privilege but the Biden Administration disagrees — and so do two federal judges.

A federal court is set to hear arguments on the case next week.