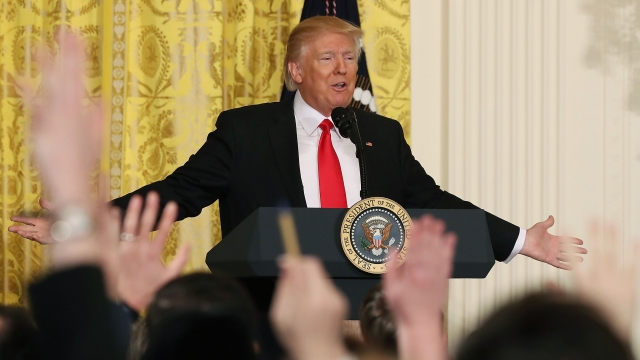 For the second day in a row, President Trump turned questions about his former national security adviser's contact with Russia into complaints about leaks to the media.

"What he did wasn't wrong — what he did in terms of the information he saw. What was wrong was the way that other people, including yourselves in this room, were given that information, because that was classified information that was given illegally. That's the real problem," Trump said.

Trump said he didn't direct former National Security Adviser Gen. Michael Flynn to discuss sanctions with Russia's ambassador. Flynn was recently forced out of his job following reports that he misrepresented the content of those discussions.

But Trump doesn't seem to have a problem with the idea that Flynn — by many accounts — did discuss sanctions with the ambassador.

NBC's Kristen Welker asked, "And would you have fired him — "

"Had the information not leaked out?" Welker asked. 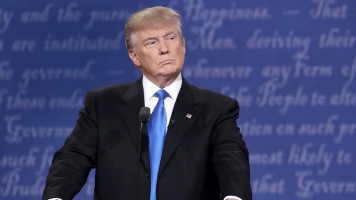 Responding to reports that members of his campaign had contact with Russia ahead of the presidential election, Trump again went on the defensive.

"Can you say whether you are aware that anyone who advised your campaign had contacts with Russia during the course of the election?" a reporter asked.

"Well, I told you, Gen. Flynn obviously was dealing. So that's one person. But he was dealing, as he should have been," Trump responded.

"During the election?" the reporter followed.

The reporter asked, "So you're not aware of any contacts during the course — "

" — of the election?" the reporter said.

Trump responded, "How many times do I have to answer this question?"

"Can you just say yes or no?" the reporter asked.

"Russia is a ruse," Trump said.

Trump said he's asked the Justice Department to look into the sources of various leaks to the press. But it seems he doesn't think leaks will be a problem for much longer.