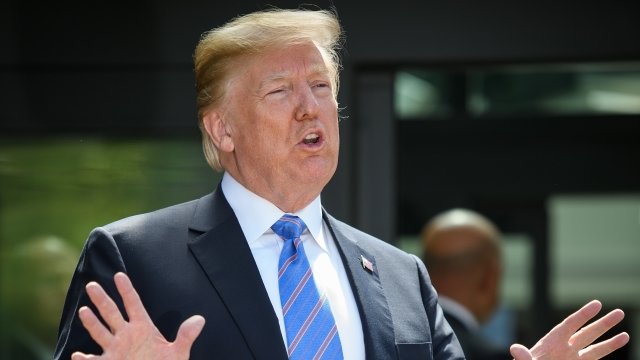 The House is set to vote next week on two immigration bills to address the fate of so-called Dreamers — immigrants who were brought to the U.S. by their parents illegally when they were children. One bill is a conservative measure. The other is a compromise Republicans negotiated within their own party.

The compromise bill seemed to meet a number of the president's demands.

As Newsy previously reported, the bill would create a path to citizenship for Dreamers. It would also set aside $25 billion for a southern border wall and other security measures.

But during an interview with "Fox and Friends," Trump said he "wouldn't sign the more moderate one."

A statement from the White House later clarified Trump was saying he opposed the discharge petition in the House. That was an effort by Democrats and some Republicans to force a House vote on immigration. With the two bills currently on the calendar, that effort became moot.