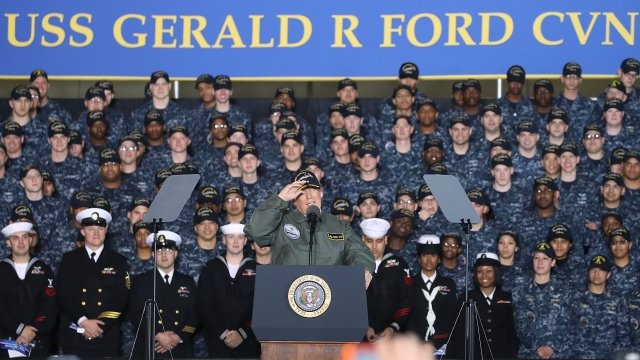 SMS
After Seeing France's Military Parade, Trump Wants An Even Bigger One
By Ryan Biek
By Ryan Biek
September 19, 2017
A French Bastille Day celebration may have inspired President Donald Trump to throw a military parade in the U.S. on the Fourth of July.
SHOW TRANSCRIPT

After seeing France's military parade in July, President Donald Trump wants an even grander one for the U.S.

Fast-forward to Monday, when Trump met with Macron in New York, and Trump was still admiring that French military parade.

Trump said: "It was one of the greatest parades I've ever seen. ... It was military might, and I think a tremendous thing for France."

Since that July visit, he's been seriously thinking of staging a military parade down Pennsylvania Avenue in Washington, D.C., on the Fourth of July.

But even before his inauguration, Trump had talked about showing off the military. 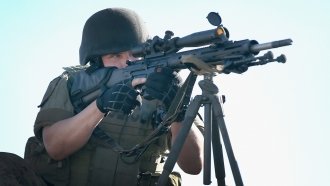 There hasn't been a large-scale military parade through the streets of Washington since 1991. That parade celebrated the end of the Gulf War — though it did have some critics.

Some argued the parade glorified militarism. And though 200,000 people came to watch, that number was far lower than the 1 million predicted spectators.

The parade also cost over $12 million at the time. Adjusted for inflation, the cost today would be over $21 million.

Trump said he and his staff are working on plans for a military parade and that it could happen as early as the next Fourth of July.