Trump: 'I Think' Susan Rice May Have Committed A Crime 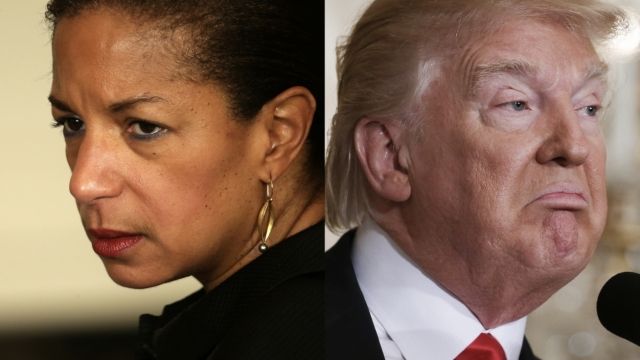 But he hasn't shared any evidence to back up that claim.

Trump told The New York Times on Wednesday he thinks Rice broke the law by requesting to "unmask" Trump campaign officials who were caught up in the surveillance of foreign targets.

"Do you think she might have committed a crime?" the Times reporter asked. 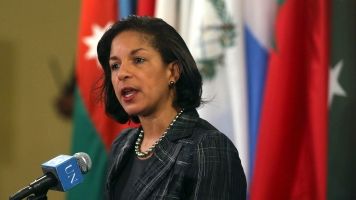 But he refused to reveal what led him to that conclusion, saying he would talk more about it "at the right time."

It's not illegal to unmask the names of Americans caught up incidentally in surveillance. Rice herself has publicly denied any wrongdoing.

Whenever an unmasking request is made, the agency that gathered the surveillance makes the decision about whether or not to reveal the American's name. And according to Rice, that process has its own rules and is reviewed by lawyers to prevent political abuse.

"I leaked nothing to nobody, and never have and never would," Rice told MSNBC.

And in response to Trump's allegations, a spokesperson for Rice said, "I'm not going to dignify the president's ludicrous charge with a comment."

Some of Trump's supporters say Rice's actions prove the president's previous claims that he was wiretapped at Trump Tower by the Obama administration. Officials say they have yet to uncover any evidence to support those allegations.