President Trump Says He's Willing To Meet With Iran Next 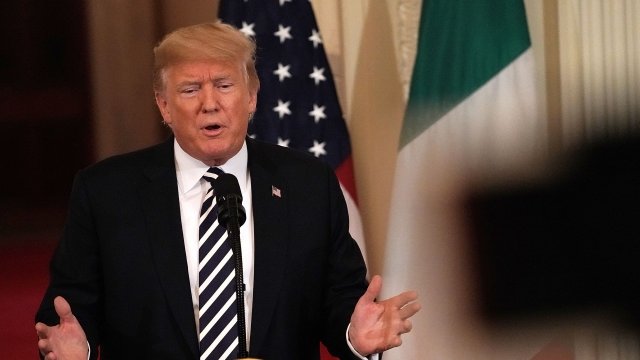 "So I believe in meeting. I would certainly meet with Iran if they wanted to meet. I don't know that they're ready yet. They're having a hard time right now," Trump said.

The U.S.-Iran relationship has been strained since Trump pulled out of the Iran nuclear deal in May. The first set of sanctions are set to snap back in August, and Trump and Iranian President Hassan Rouhani exchanged threats recently.

"If we could work something out that was meaningful, not the waste of paper that the other deal was, I would certainly be willing to meet," Trump said.