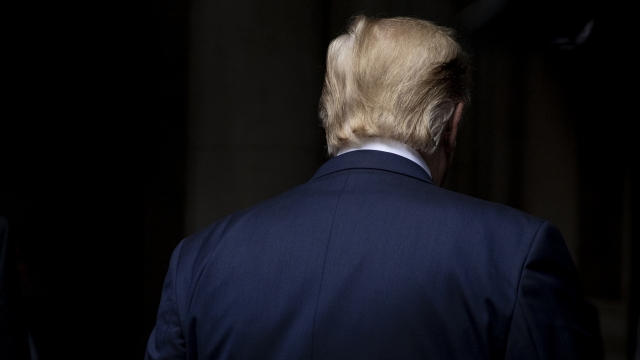 President Trump often speaks in superlatives — most, best, biggest, etc. But a few recent statements about his personal record had some political historians scratching their heads.

"And just so you know, I was the most transparent — and am — transparent president in history," President Trump said.

The president has made nearly identical statements on Twitter. But does he have the track record to back it up?

Concerns about transparency aren't unique to President Trump, but it's an idea that's hard to pinpoint in numbers or figures. There are a variety of ways we can try to analyze it. In the past, experts have looked at media access to the president, the number of press briefings, cooperation with Congress or investigations, compliance with Freedom of Information Act requests and more. We'll delve into a few facets of his administration to see if he's been as transparent as he says.

Press briefings are another snag in the president's transparency assertion. Briefings in the White House press room used to be an almost daily occurrence. But press secretary Sarah Sanders has cut those back *a lot. She held just one briefing in each of the months of November, December, January and March. There were zero official press briefings in February, April and May.

To President Trump's credit, he frequently stops to talk to reporters and answer questions on his way into or out of the White House. But those moments are much less formal and often less focused on details than a traditional press briefing.

Transparency also comes into play with any investigations linked to the president. Attorney General William Barr said the White House fully cooperated with special counsel Robert Mueller's investigation. But President Trump refused to sit for an in-person interview, and the Mueller report describes his written answers as insufficient, incomplete and imprecise. Beyond that, the White House is currently fighting multiple Congressional subpoenas, and current and former staffers have been told not to testify or not to turn over requested documents.

One thing working in the president's favor is Twitter. President Trump has touted his personal account as his way of speaking directly to the people. But not everything he says on Twitter is accurate. And he has tossed out surprising or sudden policy ideas, and sometimes his comments get walked back.

Overall transparency isn't a concrete fact we can check. Comparing it between presidents is an even harder task — although the Obama White House was also criticized for overstating its transparency. But the body of evidence indicates that President Trump's declarations of transparency are a little questionable, at best.