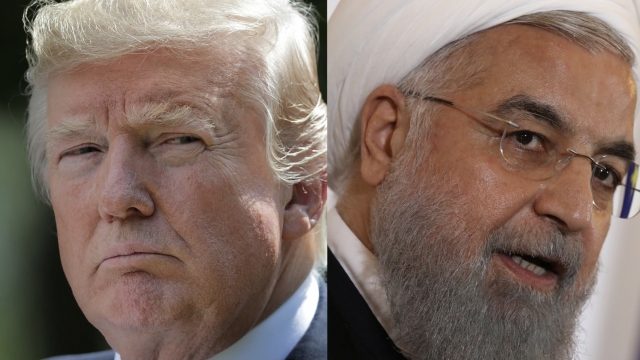 "I think he's going to want to meet. I think Iran wants to get this situation straightened out," President Trump said.

President Donald Trump said a meeting with Iranian President Hassan Rouhani could be on the horizon.

During a joint news conference at the G-7 summit Monday, French President Emmanuel Macron told reporters President Rouhani is willing to meet any political leader if it's in Iran's interest.

President Macron said he hoped to arrange a meeting between Presidents Rouhani and Trump in the coming weeks. He added, if that meeting takes place, he believes the two leaders could come to an agreement.

Relations between the U.S. and Iran have become increasingly strained ever since last year, when President Trump pulled out of the 2015 nuclear agreement.

The U.S. gradually reimposed sanctions on Tehran after leaving the deal, which hit the country's economy hard. Tehran has responded by breaking some restrictions on its nuclear program that were set under the agreement.

Before Monday's press conference, President Macron spoke with Iran's top diplomat on the sidelines of the summit. A French official told AFP the discussions were "positive."