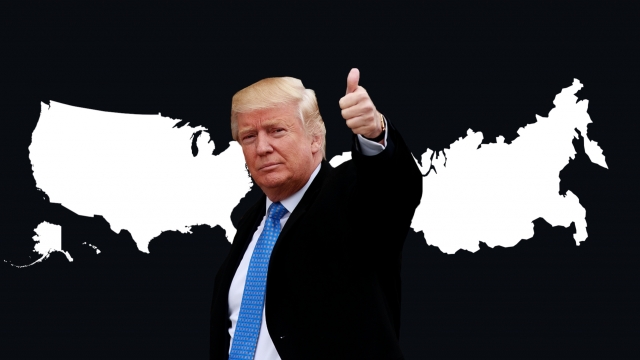 SMS
Like The Presidents Before Him, Trump Wants To Improve Russian Ties
By Lindsey Pulse
By Lindsey Pulse
January 7, 2017
George W. Bush and Barack Obama also both hoped to improve the U.S.' relationship with Russia at some point during their presidencies.
SHOW TRANSCRIPT

Donald Trump appears committed to mending relations between the U.S. and Russia.

The president-elect wrote Saturday on Twitter that "we have enough problems around the world" and that he hopes both countries will work together during his presidency to solve problems.

Trump also wrote, "Only 'stupid' people, or fools, would think that it [a good relationship with Russia] is bad."

His comments come only a day after the U.S. government released a report on the Russian hacking allegations. The report concludes Russian President Vladimir Putin ordered a campaign to influence various aspects of the U.S. presidential election. 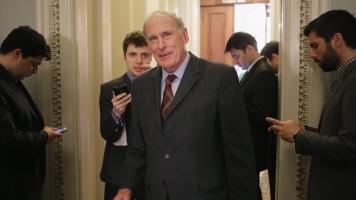 According to the declassified report released by the Office of the Director of National Intelligence, the alleged purpose of the hacking operation was to "undermine public faith in the U.S. democratic process, denigrate Secretary Clinton and harm her electability and potential presidency." It said Russian intelligence agencies tried to hack both Democratic and Republican targets and that the Russian government had a "clear preference" for Trump.

Right now, relations between the two countries are a bit tense. In late December, President Barack Obama issued an executive order sanctioning Russia for suspected election interference and other cyberattacks.

Trump has said he's committed to repairing ties with Russia on multiple occasions, which isn't exactly rare for an incoming president.

When President Barack Obama took office, the administration hit the "reset" button on Russia. It hoped to reverse the apparent drift between the two world powers.

Before that, President George W. Bush and his administration also pledged to foster good relations.

The former president once said he looked at Putin and got a "sense of his soul" and found him "trustworthy."

Trump hasn't said exactly how his administration plans to restore the U.S.-Russian relationship. But current Secretary of State John Kerry said he sees an opportunity for the president-elect to reach out and find some common ground.