Trump Signs Order Allowing Migrant Families To Be Detained Together 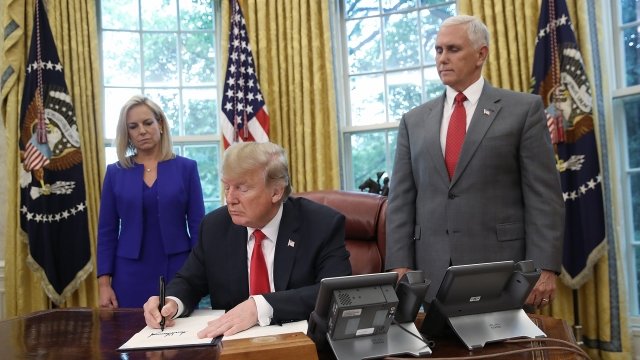 The order maintains the administration's "zero-tolerance" immigration policy, but it says families will be detained together "where appropriate and consistent with law and available resources."

Trump said he "didn't like the sight of families being separated," but he still wants strong border security. Before signing the order, he called this action "equally as tough, if not tougher" than the zero-tolerance policy.