Trump Threatens To 'Send In The Feds' To Address Chicago's Violence 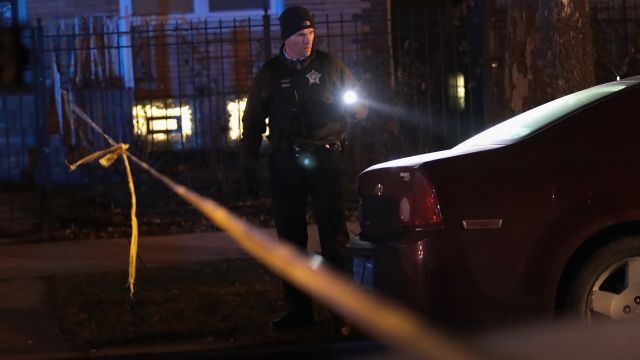 Donald Trump has promised to dispatch federal authorities to Chicago if the city doesn't do more to address violent crime.

The president said on Twitter Tuesday night, "If Chicago doesn't fix the horrible 'carnage' going on ... I will send in the Feds!"

Trump cites numbers that appear to come from a recent Chicago Tribune report on violence in the city. January has been the deadliest start to a year in Chicago in decades, with over 220 shootings and 40-plus homicides.

The thing is, federal authorities already work with local officials to fight crime in Chicago. And Trump's pledge to send in federal aid might actually be welcomed with open arms.

And on Tuesday, Emanuel told local station WTTW he would love more help from the federal government with gun control, prosecution for gun crimes and more funding for police officers.