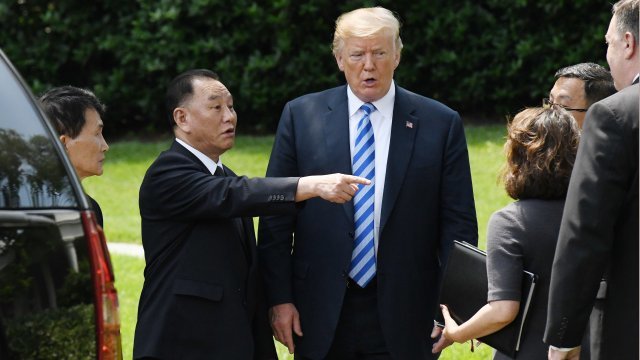 SMS
Trump Says June 12 Summit With Kim Jong-Un Is Back On
By Austin Kim
By Austin Kim
June 1, 2018
President Trump announced he'll meet with Kim Jong-un after all. The two leaders will meet in Singapore.
SHOW TRANSCRIPT

President Donald Trump said his summit with Kim Jong-un is back on.

He confirmed the face-to-face meeting with the North Korean leader will happen as planned on June 12 in Singapore.

"I never said it goes in one meeting," the president said. "I think it is going to be a process. But the relationships are building, and that is a very positive thing."

Trump added sanctions against North Korea will remain in place. However, he said he did not want to use the term "maximum pressure" anymore because the two countries are "getting along."