Trump Says He Doesn't Have Any Plans To Fire Rosenstein 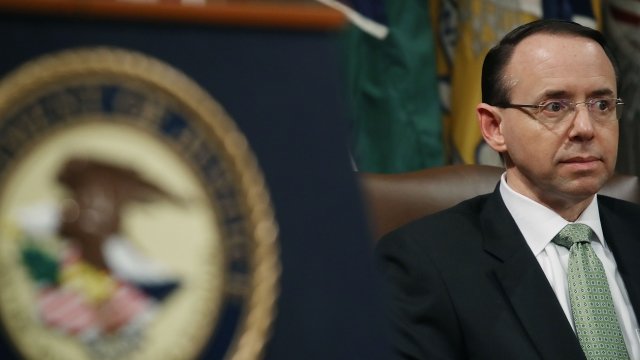 President Donald Trump told reporters on Monday that he doesn't have any plans to fire Rosenstein. Trump also said the two have a "very good relationship."

The deputy AG's future in the Trump administration came into question after reports last month that he considered secretly recording the president and using the 25th Amendment to boot Trump from office.

Rosenstein was scheduled to meet with the president following those reports, but that meeting was postponed so it wouldn't interfere with a hearing about allegations against then-Supreme Court nominee Brett Kavanaugh. The Senate voted to confirm Kavanaugh to the court on Saturday.

On Monday, the deputy AG joined President Trump on an Air Force One flight to a police chief's conference in Florida.