Trump Says He's Willing To Talk To Mueller Under Oath 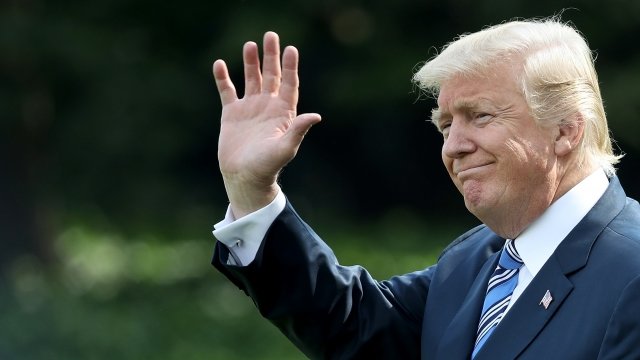 SMS
Trump Says He's Willing To Talk To Mueller Under Oath
By James Packard
By James Packard
January 24, 2018
The president told reporters Wednesday he would talk to the special counsel in the Russia investigation, even under oath.
SHOW TRANSCRIPT

Trump talked briefly to reporters outside his chief of staff's office. He told them he's "looking forward to it" when reporters asked if he would talk to Mueller. Then he added he'd do it under oath. 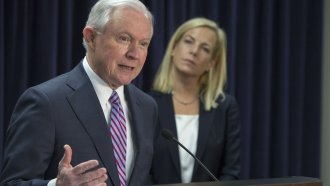 There's been a lot of speculation lately about whether the president would talk to Mueller. Just a couple weeks ago he said an interview was "unlikely."

Mueller, of course, has been looking into Russian interference in the 2016 presidential election and whether the Trump campaign had anything to do with it. The president insists it didn't.

Trump said there's no date set for the meeting, and his lawyers will hash it out.