Trump Says He'd Like To Scrap The Electoral College; He's Not Alone 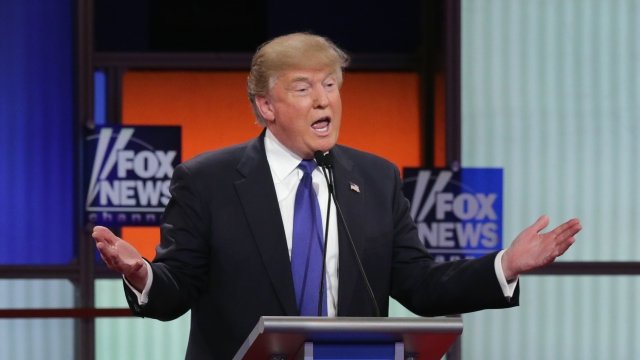 President Donald Trump said Thursday on "Fox and Friends" he'd like to scrap the Electoral College for presidential elections, saying the popular vote is "easier to win."

It's an interesting statement coming from Trump, considering he lost the popular vote in 2016 to Hillary Clinton by 3 million votes. But, he's far from the first to suggest doing away with it. Many have called the process undemocratic and anachronistic.

Quick refresher: The Electoral College is made up of 538 electors who cast votes on behalf of their state. The electors are usually state officials and tend to vote for the candidate who won the state's popular vote.

One critique is that there's little incentive to vote if you live in a state where the majority of residents vote differently than you. Like, as Slate.com points out, a Democrat living in right-leaning Texas or a Republican living in left-leaning California — if they do head to the polls, their vote is, effectively, lost.

Another is that the process encourages candidates to over-prioritize the needs of swing states and overlook states they think they'll easily win ... or lose.

Trump also bashed the Electoral College after the 2012 election, calling it "a disaster for democracy." But then called it "genius" in 2016 after Election Day.