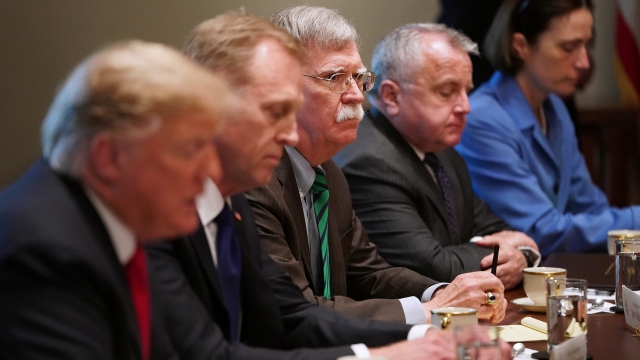 The president indicated in an exclusive interview with Fox News' "The Ingraham Angle" that he'd use executive privilege to stop Bolton's testimony.

He explained it was a matter of national security.

"Especially, a national security adviser. You can't have him explaining all of your statements about national security concerning Russia, China, and North Korea — everything. We just can’t do that," President Trump said.

Bolton is one of the key players who did not appear during any of the open- or closed-door hearings in the House. But we do have some idea of what could come up if he testifies in front of the Senate.

As Newsy previously reported, a major question for Bolton would be about the delayed Ukrainian military aid. Multiple witnesses told House lawmakers they weren't exactly sure why it was withheld or why it was ultimately released. As national security adviser, Bolton presumably would have been involved in conversations about both those decisions.

It's still up in the air whether Bolton will be called to testify, as the Senate irons out trial rules. Top Senate Republicans are pushing to not allow any witnesses.