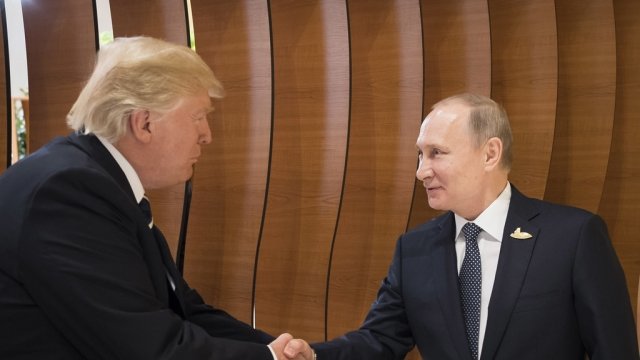 SMS
Trump Says He Believes Putin When He Says He Didn't Meddle In Election
By Lindsey Pulse
By Lindsey Pulse
November 11, 2017
President Donald Trump says he asked Vladimir Putin about Russian interference in the 2016 president election while in Vietnam.
SHOW TRANSCRIPT

President Donald Trump says he believes Russian President Vladimir Putin means it when he says he didn't meddle in the 2016 election.

While on a 10-day tour of Asia, Trump spoke with Putin in Vietnam at the Asia Pacific Economic Cooperation summit. He told reporters that he asked the Russian leader about the issue again.

Trump said, "Every time he sees me he says, 'I didn't do that,' and I really believe that when he tells me that, he means it."

The president's comments come despite the U.S. intelligence community assessment that Russia tried to influence the 2016 presidential election and that Putin ordered an influence campaign.

At the summit, Putin also denied an alleged link between Russia and Trump's former campaign chair Paul Manafort. He says it was made up by Trump's opponents. 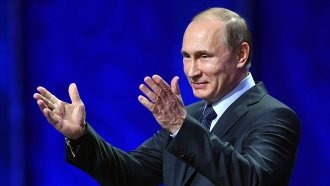 Trump said he thinks Putin is insulted by the meddling accusations and suggested he wants to move past the issue and work with the Russian leader on things like North Korea, Syria and Ukraine.

Despite the meddling allegations, Putin and Trump appear to be cooperating on at least one of those issues. The presidents issued a joint statement after their meeting that reaffirmed their commitment to defeating ISIS in Syria and de-escalating conflict in the country.