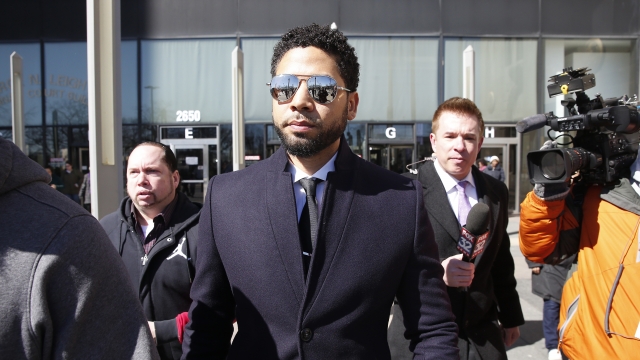 President Donald Trump tweeted Thursday that the Justice Department and the FBI will review the case of "Empire" actor Jussie Smollett.

On Tuesday, Chicago prosecutors abruptly dropped all charges against Smollett. He'd previously pleaded not guilty to 16 felony counts of disorderly conduct after authorities accused him of making a false police report about being the victim of a racist and homophobic attack.

The Cook County State's Attorney's Office said dropping charges in exchange for community service and forfeiture of his bond is common for cases like this, but also noted that doing so "did not exonerate" Smollett.

The decision drew condemnation from Chicago's mayor and the city's police superintendent. And the president of Chicago's police union even called for a federal investigation into prosecutors' handling of Smollett's case.

Spokespeople for the DOJ and Chicago's FBI office both declined to comment Thursday. It's currently unclear which parts of the case they'd be reviewing.