Trump Calls Democrats Who Sat During State Of The Union 'Treasonous' 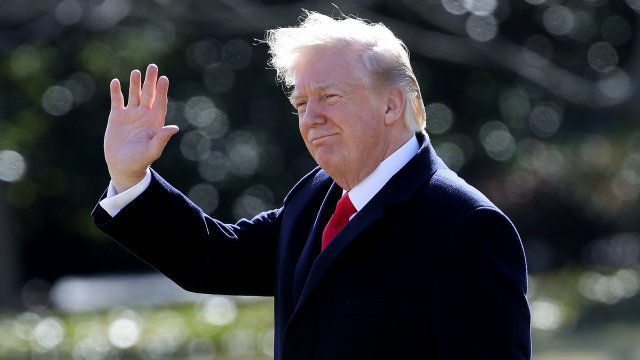 SMS
Trump Calls Democrats Who Sat During State Of The Union 'Treasonous'
By Ethan Weston
By Ethan Weston
February 5, 2018
The president also called Democrats "un-American" for not standing or clapping during his State of the Union address.
SHOW TRANSCRIPT

President Donald Trump called Democrats "un-American" and suggested they were "treasonous" for sitting and not clapping during his State of the Union address.

"Can you call that treason? Why not? I mean, they certainly didn't seem to love our country very much," Trump said.

The divide during the president's address was pretty noticeable.

But historically, it's not that unusual for one side of the room to not stand during the address. And it's definitely not treason.