Trump On Clinton's Gun Control Policies: Her Guards 'Should Disarm' 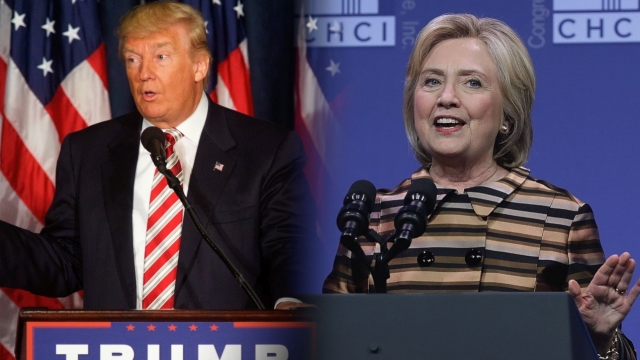 "I think that her bodyguards should drop all weapons. They should disarm," Donald Trump told a crowd in Miami.

Donald Trump capped off a day of controversies Friday with another one.

Did Donald Trump just allude to violence against Hillary Clinton?

Apparently, the Clinton campaign thinks so. It jumped on the statement, saying it made Trump unfit to be president, rather than explaining Clinton's policies don't aim to take away Second Amendment rights.

Perhaps the responses from the Clinton campaign and the media aren't all that surprising given their reactions to Trump's comments last month.

"If she gets to pick her judges, nothing you can do, folks. Although the Second Amendment people, maybe there is. I don't know," he said at a rally in August.

As of early Saturday, he and his campaign had not commented on the response to his latest statement.

But it is worth noting Trump later tweeted a similar statement — even after acknowledging the shootings of police officers in Texas and Pennsylvania.