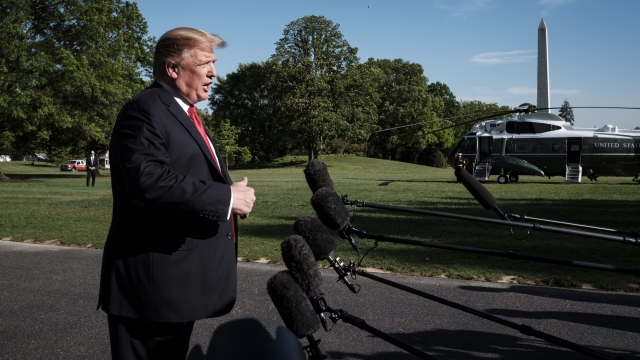 The Trump administration has been trying to negotiate a trade deal with China for months. But in the meantime, the two countries have been levying tariffs on one another — tariffs President Trump says are paid by China.

"So our country can take in $120 billion a year in tariffs, paid for mostly by China, by the way, not by us. A lot of people try and steer it in a different direction. It's really paid — ultimately, it's paid for by — largely, by China," President Trump said.

The president has made similar comments multiple times, and every time he says it, he's wrong.

The tariffs President Trump is talking about are taxes on products from China. Those taxes are paid by the American companies that import Chinese goods  —  *not* by the Chinese government.

The impact of those taxes typically extends beyond the importer. When tariffs cause import costs to go up, businesses often choose between two basic options: absorb the added cost themselves, which cuts into their profits; or pass the increased cost on to consumers through higher prices.

In a perfect world, tariffs on Chinese products are supposed to help American businesses. But in reality, history has shown that tariffs and trade wars can be bad for the U.S. economy. A study by economists from Princeton, Columbia and the New York Federal Reserve estimated the Trump administration's 2018 tariffs cost the U.S. economy $1.4 billion per month by the end of the year.