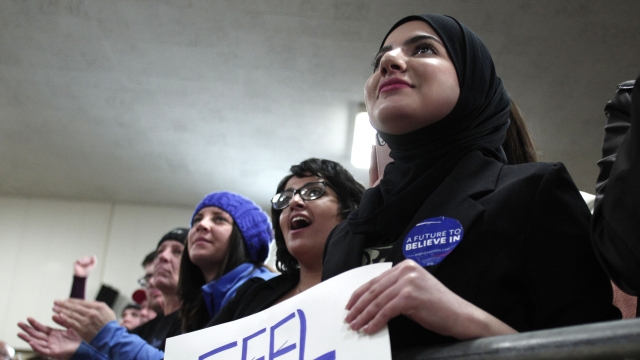 A large showing of voters in Dearborn, Michigan, a city with a high percentage of Arab-Americans, voted for Trump or Sanders on Tuesday.

The less surprising victor of the night was GOP hopeful Donald Trump. His win in Michigan matches victories in several states so far.

But when you look at a breakdown of people who voted for Trump, there's a bit of a surprise.

MSNBC reports a lot of Trump’s supporters, at least in the town of Dearborn, Michigan, are Arab-Americans.

In a city many Arab-Americans call home, Trump, the candidate who has suggested a temporary ban to keep some Muslims from entering the U.S., earned more than 39 percent of the votes.

Still, it’s no secret Trump doesn’t have everyone’s support in the state. Last week, an imam compared the candidate to Hitler.

"But for this man, Trump, to be the president of the most powerful country on Earth, this is laughable," Imam Hassan Qazwini said.

Sanders’ win among these voters might reflect his recent hard work. He spent a lot of time campaigning in Dearborn and even released a radio ad in Arabic.

This video includes clips from Donald J. Trump for President, Inc. and C-SPAN and images from Getty Images.