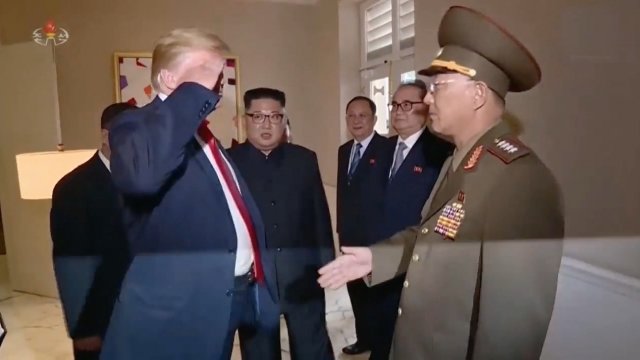 During his meeting with North Korean leader Kim Jong-un in Singapore this week, President Donald Trump apparently saluted a North Korean officer. That's sparked a lot of backlash for the White House.

North Korean state media started airing the footage as part of a propaganda documentary depicting the summit. As you might imagine, White House press secretary Sarah Sanders got a question about the salute Thursday.

"It's a common courtesy when a military official from another government salutes that you return that," Sander said.

But when you're the president of the United States, is it? 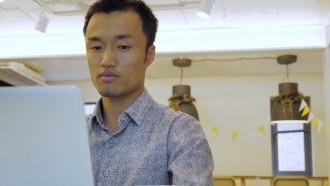 The protocol here isn't totally clear. Critics point out that North and South Korea are still technically at war. And South Korea is an American ally, which makes North Korea an enemy.

And experts largely agree that while presidents sometimes return salutes of friendly government officers, saluting an officer of an adversary government is improper. Especially one that ruthlessly oppresses its people.

Still, there doesn't appear to be a hard and fast rule, and the president's defenders say he was just being polite.