Trump Said To Have Decided On Strategy In Afghanistan 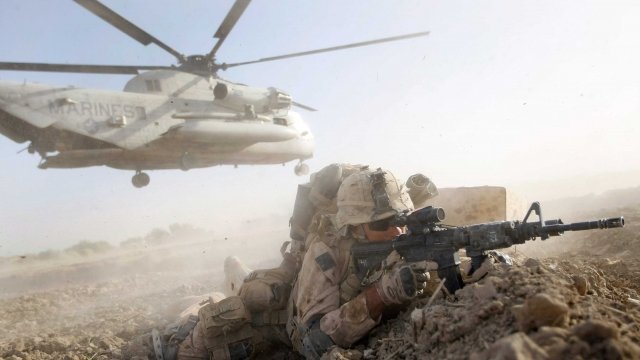 SMS
Trump Said To Have Decided On Strategy In Afghanistan

By Ryan Biek
August 20, 2017
The administration promised to have a plan in place a month ago, but there seems to have been disagreement on U.S. troop involvement.
SHOW TRANSCRIPT

On Sunday, U.S. Defense Secretary Jim Mattis confirmed the president has decided on a strategy for the war in Afghanistan.

Mattis didn't give any details about the plan, but what's newsworthy is that Trump's agreed to one.

The administration had promised to have a strategy ironed out by mid-July, but the question of U.S. troop involvement seemed to be the biggest problem.

According to national security adviser H. R. McMaster, U.S. soldiers need to stay in Afghanistan for four more years, and their numbers have to increase modestly. 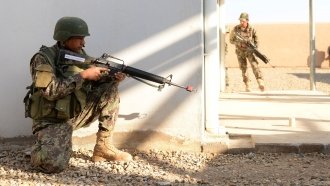 But in past tweets, Trump's pushed for a "speedy withdrawal." The conflict has been the U.S.' longest, and most expensive.

Trump may have no choice but to increase troops considering recent major gains the Taliban has made in Afghanistan.

Trump is expected to announce the new strategy Monday night.