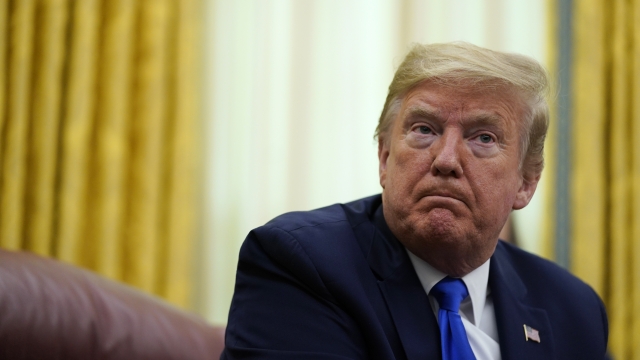 SMS
Valet To President Trump Tests Positive For COVID-19
By Meg Hilling
By Meg Hilling
May 7, 2020
According to a source who spoke with CNN, the U.S. Navy member was showing symptoms Wednesday morning.
SHOW TRANSCRIPT

A personal valet to President Trump has tested positive for COVID-19.

CNN reports that the U.S. Navy member, who often works close to the president and the first family, began showing symptoms of the virus on Wednesday before testing positive.

In a statement to the outlet Thursday, the White House confirmed the news and added, "The President and the Vice President have since tested negative for the virus and they remain in great health."

President Trump and Vice President Mike Pence, along with those who interact with them regularly, are reportedly being tested weekly for the virus with an Abbott Labs test that gives results in 15 minutes.

The CDC advises that anyone who comes into contact with people who have tested positive for the virus should self-quarantine for 14 days after the possible exposure. The White House has not signaled whether the president will follow those guidelines.