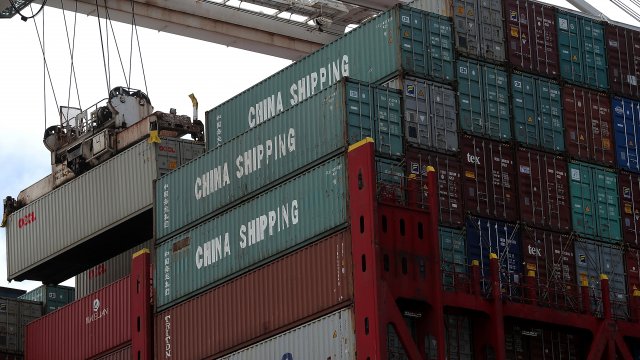 SMS
2019 Wrap-Up: A Little Progress And A Lot Of Chaos For Trade Policy
By Matt Picht
By Matt Picht
December 27, 2019
2019 was a tumultuous year for trade policy, but President Trump did manage to advance several of his key trade priorities.
SHOW TRANSCRIPT

2019 was a turbulent year for U.S. trade policy. President Trump was able to advance several of his main priorities, but not without a lot of chaos along the way.

The U.S.-China trade war started  the year in a temporary truce, as the two countries held off on new tariffs while trying to negotiate a broader trade agreement.

Those negotiations abruptly collapsed in March, leading to harsh new tariffs from both sides which fanned the flames of the trade war even higher.

The U.S. and China were able to reach another truce by the end of the year with the signing of a "phase one" trade deal. A broader resolution between the feuding countries is still yet to come.

President Trump saw more success with his other big trade initiative, replacing the North American Free Trade Agreement or NAFTA. The new U.S.-Mexico-Canada Agreement, or USMCA, had little support in the Democratically controlled House at the start of the year, even though all three NAFTA countries were on board. 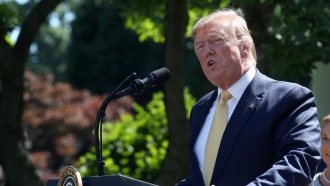 But Democratic opposition faded after the party was able to extract some concessions from the administration.

The USMCA sailed through the House in December and is likely to reach President Trump's desk sometime in early 2020.

When it comes to overall trade in goods, the U.S. is still running a deficit of around $700 billion. That's about the same as it was at around the same time last year.

But the U.S. has shifted a lot of business that it was doing with China last year to other parts of the world this year.

And the U.S. might be in for more trade fights in 2020: U.S. Trade Representative Robert Lighthizer has suggested the European Union could soon wind up the next target of U.S. tariffs.