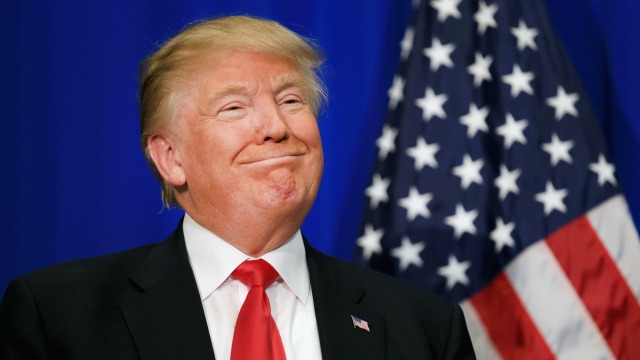 SMS
Trump's Ties To Clinton Aren't The Weak Spot Cruz Is Looking For
By Ryan Biek
By Ryan Biek
March 3, 2016
As predicted, Sen. Ted Cruz went on the offensive against Donald Trump at the Fox News debate, but his strategy might not prove very effective.
SHOW TRANSCRIPT

During the debate, Cruz attacked Republican front-runner Donald Trump for his past support of Democratic front-runner Hillary Clinton. But that might not be the most effective strategy.

For one, this criticism is sort of old news: Trump's various contributions to Clinton were heavily publicized last summer.

Trump likes to remind voters he wasn't a politician before this election, and he argues his contributions to various politicians were done on behalf of business interests instead of personal ones.

Also, unlike Cruz's base, Trump supporters have shown less loyalty to conservative ideals, making them less likely to balk at Trump's previous support for Democrats.

And the past is clearly past — Trump's message in the latest Republican debate didn't exactly sound friendly to the Democratic front-runner.

"Let me tell you something, Ted, the last person Hillary Clinton wants to face is Donald Trump," Trump said.

This video includes clips from Donald J. Trump for President, Inc. and Fox News and images from Getty Images.