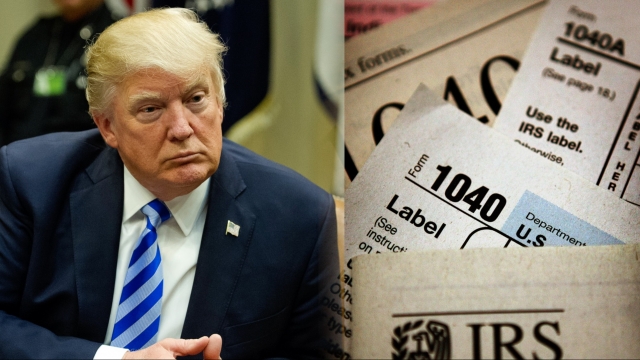 "It’s the same thing that was discussed during the campaign trail. The president is under audit. It's a routine one that continues," White House press secretary Sean Spicer said Monday.

Trump will likely be under audit for a while. The president and vice president face mandatory audits every year. USA Today reports that has been IRS policy since the Nixon administration.

Trump has continually cited his audit as his reasoning for not releasing his returns. But over a year ago, the IRS said, "Nothing prevents individuals from sharing their own tax information." 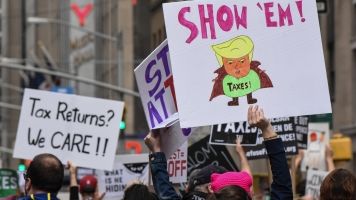 #TaxDay Demonstrations In Several Cities Get A Presidential Response

According to PolitiFact, Trump is the first major party presidential nominee since Gerald Ford to not release his tax returns.

The White House did confirm information in a partial 2005 federal tax return that was leaked last month.

Demonstrators who participated in Tax Day protests across the country Saturday say that's not enough. Some think he has something to hide by not releasing his returns.

But it's unlikely they'll see returns anytime soon — if at all.

"Is it time to say once and for all the president is never going to release his tax returns?" ABC's Jonathan Karl asked Monday.

"We'll have to get back to you on that," Spicer responded.