Trump's Sons Will Manage Business During His Presidency 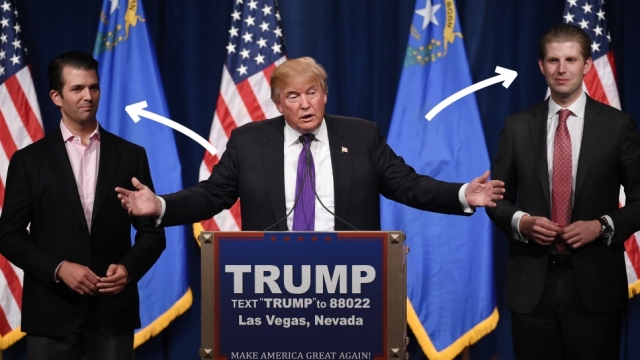 SMS
Trump's Sons Will Manage Business During His Presidency

By Kate Grumke
January 11, 2017
He's not selling it but instead putting the assets in a trust.
SHOW TRANSCRIPT

Donald Trump is handing over management of his business to his sons instead of selling his stake in the business or turning it over to an independent trustee. Meaning this won't resolve his conflicts of interest.

"These papers are just some of the documents I've signed turning over complete and total control to my sons," Trump said at his Jan. 11 press conference.

The Office of Government Ethics said this isn't enough from Trump. It wrote, "Transferring operational control of a company to one's children would not constitute the establishment of a qualified blind trust, nor would it eliminate conflicts of interest under 18 U.S.C. § 208 if applicable."

The OGE also said every modern president has liquidated their assets, established a qualified blind trust, or both.

Related StoryHow Trump Could Fix His Business Conflicts Of Interest

Trump's lawyer said they will appoint an ethics adviser to look out for potential conflicts of interest.

"Again, I don't have to do this," Trump said. "They're not going to discuss it with me."