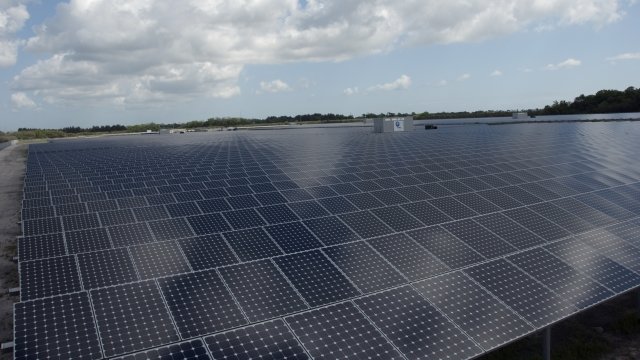 The Trump administration's newly-announced tariff on solar panel imports would be one of its strongest direct attacks on renewable energy so far — and might stunt the growth of U.S. solar power.

This tariff was due in part to pressure from two foreign solar manufacturers who make their panels in the U.S. They said they couldn't compete with countries like China, whose cheap panels have driven most of the U.S. solar boom. 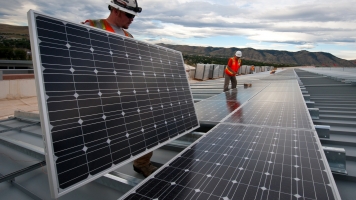 And taxing those imports could slow down what was supposed to be another busy year. In January, U.S. energy officials expected solar power would expand its share of the energy market through 2019. It might still account for just a tiny slice of U.S. electricity, but solar is getting more and more affordable as the technology improves and the industry scales up.

Now, installers expect they might have to pause some projects and shed jobs. Some stocked up on panels in case of a tariff like this, and that might help them meet their short-term goals. However, that could make the market's shrinking supply even smaller.

But solar trade groups don't expect the market to stall out for long. Some larger projects might be able to take the hit. The tariff would also taper from 30 percent to 15 percent over the next four years, and it wouldn't apply to the first 2.5 gigawatts of imported cells.

But panelmakers in China think the new measure is unfair, too. They've suggested they might take their case to the World Trade Organization, which could decide the tariff is illegal before it even goes into effect.