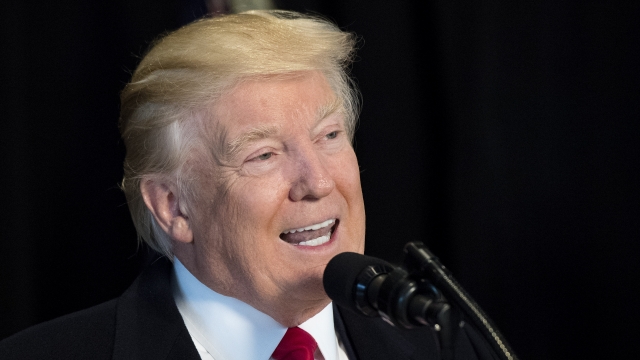 Two huge promises President Donald Trump made on the campaign trail could be headed for a collision course: his crackdown of so-called "sanctuary cities" and his promise to fix America's failing infrastructure.

Trump has made it clear he's not a fan of sanctuary cities — at all. Those are cities like New York and Los Angeles that have chosen not to work with federal law enforcement on illegal immigration.

And the president signed an executive order that would block federal funds for those areas. That means millions of dollars for hundreds of jurisdictions are at risk, and because of that, infrastructure projects could be tied up, as well.

According to Politico, the federal government is set to give $43 billion for highways this year. And bigger cities, which tend to be more left-leaning and more likely to be sanctuary cities, have their hands out for hundreds of millions of dollars of that cash.

Trump's order seems to be about general future federal grants, but it's not clear if funds from the Department of Transportation, for example, would be at risk. And any infrastructure money lost will be at odds with Trump's promise to fix America's highways, roads and bridges.

It could cause huge battles between the administration and mayors of those sanctuary cities and probably some court challenges. But thanks to federal law, the cities' infrastructure projects could be in the clear.

According to experts cited by CNN, the "federal government can only strip funding that is related to the policy involved." And based on prior court rulings, Trump's threat could be seen as coercion, possibly making it unconstitutional. And funds for highway projects don't really have anything to do with illegal immigration or sanctuary cities.