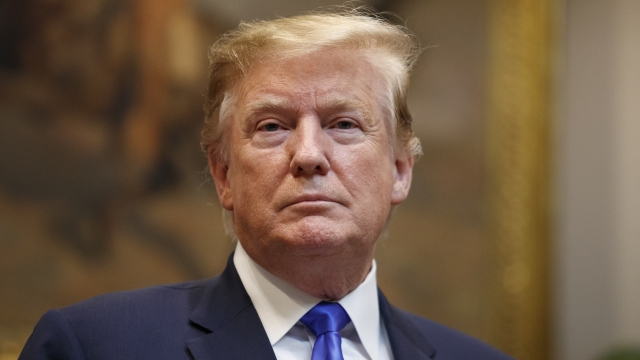 President Donald Trump answered written questions from special counsel Robert Mueller in lieu of an in-person interview. After Mueller's report was released Thursday, we dug through the president's responses and found many of his answers were things we already knew.

Mueller's written questions are divided into four sections: the June 9, 2016 meeting at Trump Tower; Russian hacking efforts and attempts to influence the election using social media and WikiLeaks; the Trump Organization Moscow project; and contacts with Russia during the campaign.

Let's get into it. In the first section, Mueller asks the president what he knew about the June 9, 2016 Trump Tower meeting about Hillary Clinton's emails that involved Russian nationals. President Trump said he had "no recollection" of Donald Trump Jr., Paul Manafort or Jared Kushner participating in the meeting and that he didn't know during his campaign that the meeting took place. We've seen his response before; on July 27, 2018, President Trump tweeted, "I did NOT know of the meeting with my son, Don jr."

When Mueller asked the president about "Russian hacking, Russian efforts using social media and WikiLeaks," he replied that he "had no knowledge" of Manafort "offering briefings on the progress" of his campaign to a Russian oligarch. President Trump told Mueller that Manafort was "primarily" hired because of his work with several past presidential candidates. On Jan. 11, 2017, in his first press conference since winning the 2016 election, President Trump said he had no business dealings with Russia.

The fact that Mueller didn't get to actually interview President Trump was widely criticized, and in his report, Mueller acknowledges his team found the written answers "inadequate." Ultimately, though, the special counsel's team decided not to subpoena the president for an interview, saying they were able to "draw relevant factual conclusions" from other sources.