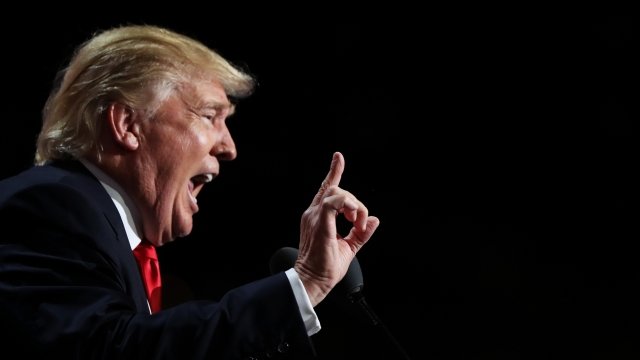 By Jamal Andress
December 6, 2018
Despite broad support for the First Step Act, there are still several progressives who are skeptical about teaming up with the president.
SHOW TRANSCRIPT

The First Step Act is a prison and sentencing reform bill that would enact the most drastic set of changes to the federal criminal justice system in the last 20 years.

The bill has garnered legitimately bipartisan support from the ACLU, Fraternal Order of Police, and President Trump.

But despite this broad support, there are still several progressive activists and organizations who are skeptical about teaming up with the President on criminal justice reform.

Ed Chung is the Vice President of criminal justice reform for the Center for American Progress. In response to the First Step Act he published a piece called "The Dilemma of Endorsing the FIRST STEP Act During the Trump Administration," which outlined his concerns about passing reform under the Trump administration.

"If this bill had been passed, maybe four years ago, with the Obama administration, then we would have more comfort, right? Because it was an administration that openly supports this type of reform … This current administration is not one that does that," Chung said.

Jessica Sloan is the national director and co-founder of Cut50, a prison reform initiative that has been lobbying to get the First Step Act to President Trump's desk.

"This is a president that ran on American carnage, right? … This is a president who could have been actually terrible, terrible on this issue. And we were ready for that. … This is an issue that I think people evolve on, right? And this has actually been a pretty quick evolution, if you look at where he was at the campaign to now. … I think, as he continues to be exposed to more and more avenues of criminal justice that he's going to realize, you know, there are areas where the system is broken throughout the entire system," Sloan said.

Ed Chung on the other hand, doesn't believe the President has had an evolution of thought on the issue but he does acknowledge how helpful this legislation could be even if the bill is imperfect.

While Chung and the Center for American Progress opposed the initial draft of the First Step Act they have endorsed the Senate's version and are hoping it gets passed this legislative session. Both Sloan and Chung agree, that if this bill does what it's supposed to do — it doesn't matter who signs it into law.

"You could put tangible numbers behind people who will be helped by some of these provisions. … And so at that point, whatever he does with it politically, we think that it actually helps people and whoever signs this bill, it's just, it doesn't matter which President signs this bill at that point and who gets credit for it," Chung said.

"It's not about if it's Obama, or if it's President Trump. This isn't a win for any presidency, or any elected official. This is a win for the people who are inside and this is a win for their families who, like me, have been devastated by the system," Sloan said.