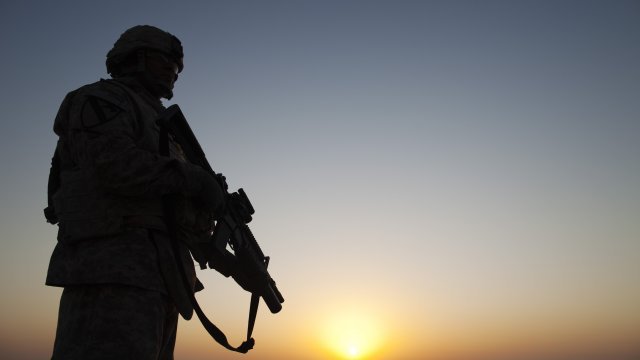 President Donald Trump tweeted he wants to ban all transgender people from openly serving in the U.S. military "in any capacity."

Although it's hard to say exactly how many members of the military identify as transgender, estimates range from nearly 4,000 to more than 15,000. At most, they account for less than 2 percent of the U.S. military, including reserve forces.

When then-Defense Secretary Ash Carter said transgender people could openly serve in the military in 2016, the United States became one of 19 countries to allow that. A commissioned study from the U.S. Defense Department examined four of those nations. It found no "negative impact on the operational effectiveness, operational readiness, or cohesion of the force."

While the LGBTQ community only makes up 2 percent of the population, hate crimes are overwhelmingly targeted at the group.

That same study concluded between 29 and 129 active service members would seek some type of care related to gender transition in a given year. It could cost the military between $2 million and $8 million annually.

For context, Military Times reports the U.S. military spent about $84 million on erectile dysfunction medication in 2014.

The Defense Department's 2017 health care budget is $50 billion — which, even with the highest estimate, makes the potential cost for transgender-related care about 0.02 percent of total spending.