You Can Thank Government Research For Most Of Our Basic Science 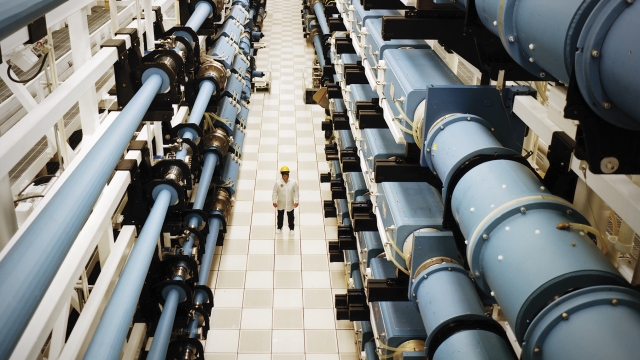 Publicly funded research is relatively boring and unprofitable, which is why it often relies on government support.

President Donald Trump's proposed budget would cut money from most national science departments — and it's not easy for private industry to take up the slack. If there's one thing the government is really good at, it's driving basic scientific discovery.

NASA probes and missions enable our space exploration and planetary science. The National Oceanic and Atmospheric Administration works with other governments to get weather and climate data from a fleet of satellites.

Scientists are also testing the boundaries of known physics and confirming relativity with publicly funded partnerships and experiments. Our most advanced energy research is done in national labs.

Scientists have observed gravitational waves passing through Earth, confirming one of the last predictions of Einstein's theory of general relativity.

This is the sort of basic research the private sector isn't all that interested in because it's really hard to profit from basic discoveries when you have no idea what the applications will be.

Private research can and does advance science. Transistors came from Bell Labs, for example, and those are indispensable in modern tech. Bill Gates intends to eradicate malaria. Today, Elon Musk runs his own space program with some contract help from NASA.

But scientists have endorsed a division of labor, even before science budgets were on the chopping block. Researchers in every field, from physics to neuroscience — even economics and social science — have called for strong support for basic science.

If anything, they say the climate and health problems on the horizon will make that work more important than ever.