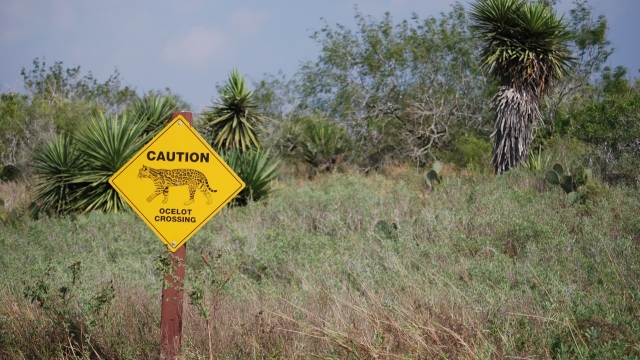 SMS
A Border Wall Would Be Bad News For Wild Cats
By Evan Thomas
By Evan Thomas
April 13, 2017
An impassable barrier along the entire U.S.-Mexico border could trap some cats in a habitat that's too small.
SHOW TRANSCRIPT

The fence on the U.S.-Mexico border has disrupted the habitats of dozens of species. If President Donald Trump builds an impassable barrier along the entire border, it could get a lot worse — just ask the region's wild cats.

The current border already makes life difficult for the few dozen wild ocelots left in the U.S. Crossing man-made barriers like walls and roads is the leading cause of death for the tiny population. And the U.S. hosts just one known jaguar, but he's only here part-time. Occasionally he shows up on the U.S. side of the border in Arizona and Texas.

A solid wall slicing through the wildlife refuges on the border could strand these cats in an even smaller range — which could make it almost impossible for them to find food or mates.

We can see what happens to isolated populations in Los Angeles, where a group of mountain lions is hemmed in by the artificial barriers of freeways. Mountain lions aren't endangered or even threatened. But biologists say the cats could face inbreeding or even extinction in just decades because they can't mix with the genetic diversity of the rest of the population. 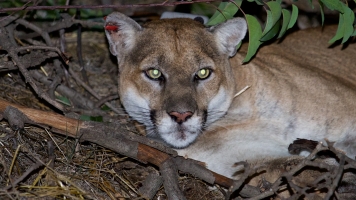 So conservationists argue we should be building connections, like wildlife bridges, to provide a safe pathway for the animals. We know the bridges work, at least on the small scale. Ocelots would be safer if they didn't have to cross roads. And Los Angeles is planning a bridge that might give its mountain lions their only chance to survive.

Of course, a bridge over a border barrier would defeat the whole point, and the government isn't inclined or even obligated to stick to many of the laws that protect wildlife and land when it works on national security projects. Luckily for the border's cats and other animals, the wall is still just a proposal: The Trump administration doesn't have the funds or the land it needs to seal off the border yet.