What Could Trump's Policies Mean For Climate Science Efforts? 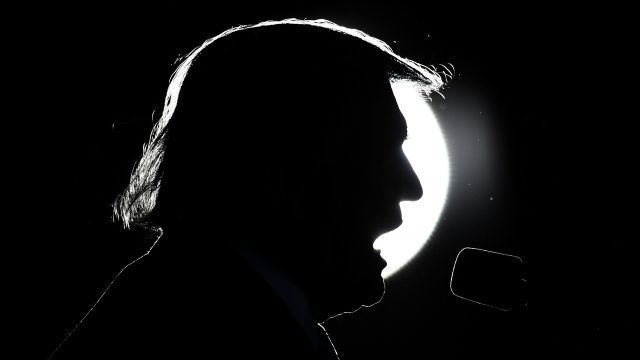 SMS
What Could Trump's Policies Mean For Climate Science Efforts?
By Evan Thomas
By Evan Thomas
November 12, 2016
Scientific agencies, nonprofits and nongovernmental organizations will likely have to fight harder to hold their ground in the climate change debate.
SHOW TRANSCRIPT

President-elect Donald Trump has promised to open up the American fossil fuel industry and to abandon or cancel many of the U.S.' climate commitments. By some counts when he takes office, he will be the only world leader to deny the evidence of a changing climate.

So where does that leave everyone else? Scientists agree human-caused climate change is a real threat. And now climate researchers — like the rest of the science community — will likely have to work even harder to hold their ground.

This starts in the government agencies that watch global trends. NASA runs whole fleets of satellites and aircraft for climate research, but some who follow the issue closely speculate the Trump administration could slash Earth science funds.

The scientists on the Intergovernmental Panel on Climate Change don't usually take political sides. Current members say they hope U.S. researchers will keep up their contributions, no matter who's in charge.

The U.S. can't just walk away from the Paris climate agreement the way Trump wants to — but it's not legally binding, either. The rest of the parties will have to stick to their commitments to reduce greenhouse emissions and attempt to hold the U.S. to its own. China and India have made a point to remind Trump it's in everyone's national interest at this point.

Individual states in the U.S. are expected to keep up local cooperation to cut CO2 emissions, regardless of what happens at the White House. Nonprofits and activists are stepping up opposition to Trump's policies.

And for what it's worth, climate-friendly private industry should stay mostly untouched. Renewable energy is starting to hit its stride — so much that analysts don't think policy decisions from Washington will be able to slow it down for long.